After a long period of hard work we have just released version 5.4 of our beloved project management tool Twproject, and I had finally found the time to upgrade jQuery Gantt editor.

This component is gaining lot of visibility day by day and I’d like to thank all the contributors for the precious feedback.

This new version has lots of interesting features, among which a new user interface, way cooler: 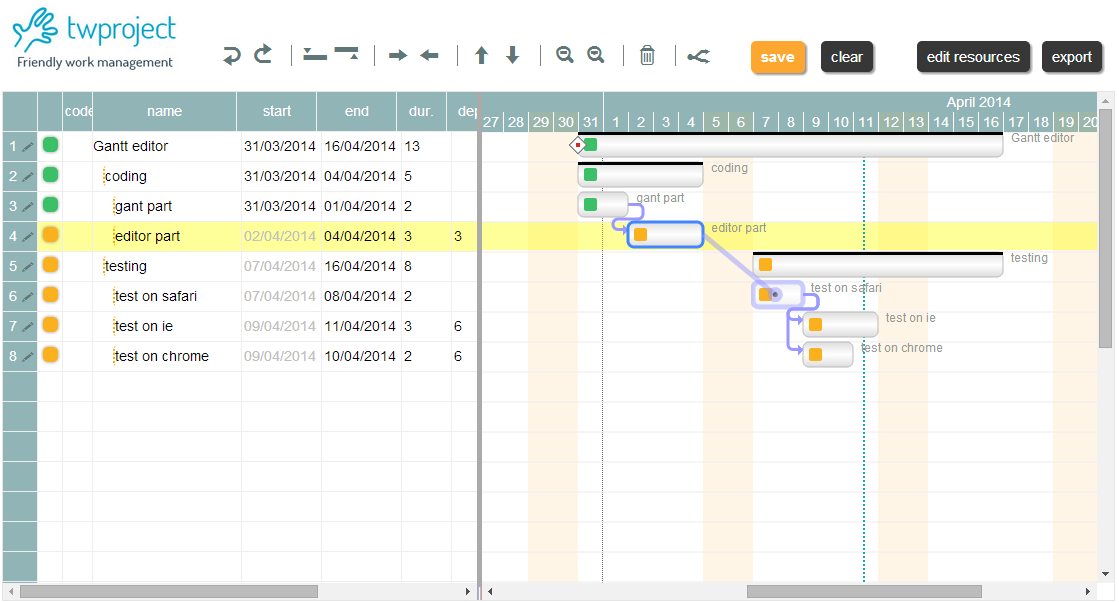 First of all, the Gantt side part has been rewritten using SVG technology, but the signatures have been preserved so that the old ugly interface can be used for old browsers (E.g: IE<9).

Having a closer look you will see how the Gantt side has been improved. (test it here: http://gantt.twproject.com)

Lots of useful changes have been added for user interactions:

1) You can drag and drop links for creating dependencies:

2) then you can select task or dependencies and delete them using keyboard.

3) Move task up, down, indent and outdent can be done using keyboard arrows.

4) Regarding the grid part, now you can move between rows and columns using keyboard.

5) Fixed header on both sides will help working with wider Gantts.

6) Gantt rescaling on windows resize events has been implemented.

will show/hide the critical path for the project (supported for SVG version only): 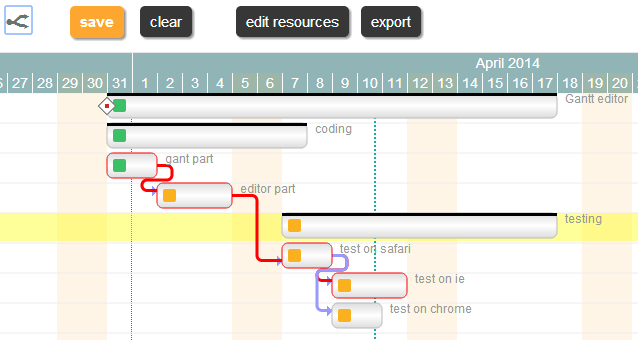 Going a little bit in depth, I have introduced a new property in the Task object for supporting readOnly at task level.

Several bugs has been solved in this version, and probably many others may have been introduced

Every feedback will be really appreciated.